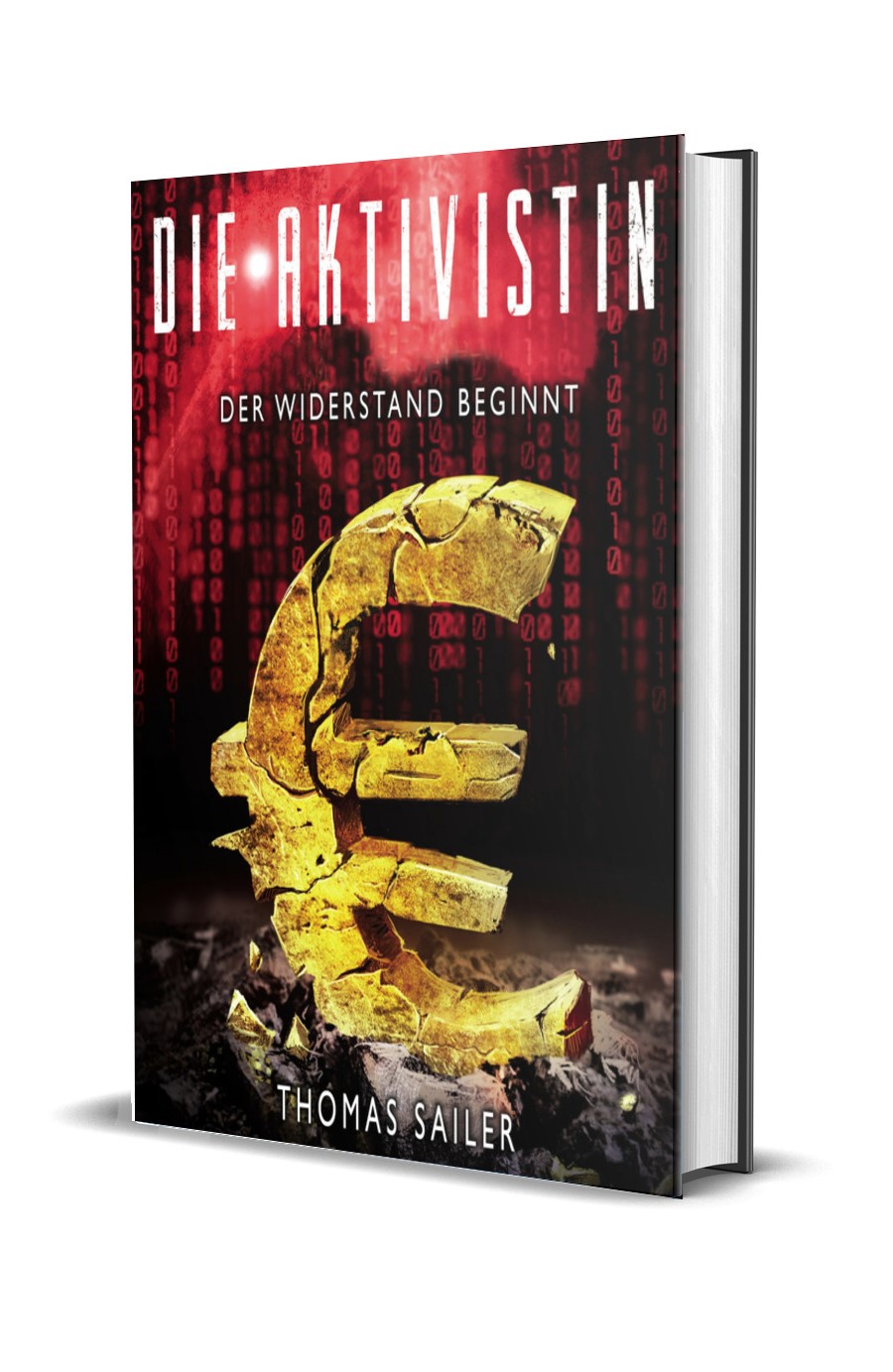 Europe, in the autumn of 2018: The European Parliament proclaims the imminent abolishment of hard cash in the whole euro area – in favour of a purely digital payment system.

While politicians begin to praise the forthcoming currency reform to the skies, there arises huge frustration within the populace: Many are aware that a system of purely digital payment transactions means an absolute control over the finances of the individual.

Johanna Perl, a student from Lower Austria, decides to actively protest against the decision of the central government on the internet – and meets with an unexpected response. When the Slovakian university professor Kaspar Petržalkov becomes aware of her, there soon originates a collaboration between the student and the scholar – which results in a serious resistance movement.

Johanna and professor Petržalkov know for sure: Europe is sitting on a political powder keg. And so they dare themselves into the fight against the system.

In this opus, Thomas thoroughly has a critical view on established structures; but principally, he wants to already rear a monument beforehand: As a warning of of what could become reality in future if the current development takes its course further on unimpeded.

More and more spheres of life are monitored – while at the same time increasingly unworldly politicians tend to simply ask the taxpayer to pay up in case of monetary thightness. Now one might imagine what fatal decisions many a strongman could meet, if he had a detailed overview of income, consumer buying habits and savings of the taxpayers just at the push of a button.

But beyoned its functon as a monument, the opus shall hint to one thing in particular: Power and control are not in the right place; politics operate behind closed doors and wish for easy-to-monitor taxpayers; but indeed, things should be exactly the other way round: For the taxpayer, it should be easily and comprehensibly exposed what authorities are doing – while the authorities plain and simply must not take any interest in many a life-sphere of every citizen!

Thomas already had the idea for a literary monument against the sprawling political overreach years ago - as a result of fear and anger about the increasing control mania of the authorities, especially relating to private (money-)possession. So, a note had been existing on the hard disc of his computer for a while.

Finally, on September 30th,2013, he had the dazzling idea for a story: The plot should focus on a female activist, who would campaign against the currency conversion; the reform should further take place in the euro area only and not worldwide, as initially envisaged.

After a conceptual base was created and the first few pages were written, it soon became certain that he would complete the manuscript this time. Even though he had a full time job back then, he worked consequent on the opus and thus made a good progress. On March 7th, he completed the manuscript; exactly two weeks later, on March 21st, after having proofread it once, he forwarded it to serendii publishing. The book entitled "Die Aktivistin" got published there on July 1st, 2014.

In October of 2019, a new edition of the book was released subsequent to a revision. Further, it got the subtitle "Der Widerstand beginnt."